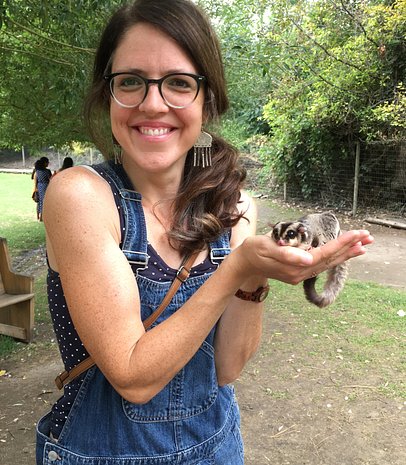 Shari-Anne Vis was born in British Columbia and currently lives and works in Vancouver, BC. She completed a Liberal Arts Diploma with a focus on Painting, Literature and Psychology at the University of the Fraser Valley and went on to complete a BFA in Drawing and Painting at OCAD University in Toronto, Ontario, Canada.

Since becoming a mother to three sons, her practice has evolved to include illustration as well as painting. Her work is an investigation of the space we hold for one another and for ourselves and what it means to belong.  Looking to the trees and mountains and rivers that surround her, she explores the natural world in her paintings as a metaphor for the tendernesses and fragility we encounter in intimate familial relationships.  She recently completed a self directed Artist Residency in Motherhood investigating conceptually and aesthetically how the roles of artist and mother can intersect in meaningful ways. Shari-Anne has exhibited her work in Canada as well as internationally in the US, Italy and Germany.

The Month of May, Eisenhauer & Sheree Plett, Musical Tour

The Art of the Figure, OCAD University, Toronto